I was at the hardware store five times yesterday, have dropped the dog off at the kennel and watched a normally busy little town grow empty as we all prepare for Hurricane Irene. We’ve been consumed all week with preparations and the anxiety and waiting is killing me. My head is already pounding (thanks to stress and the approaching weather system) and it’s getting tougher for me to maintain my concentration in the midst of everything.

I went to town to grab some lunch yesterday and found most shops were closed (bummer, no Italian Cold Cuts for us). I haven’t even felt like taking pictures but I took the opportunity to walk around town and snap a few shots with my iPhone. Here’s Lewes preparing for the big storm 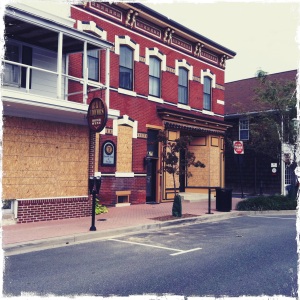 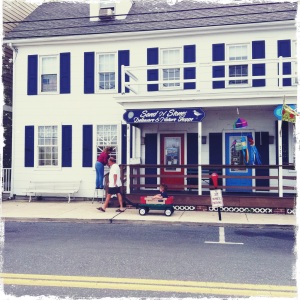 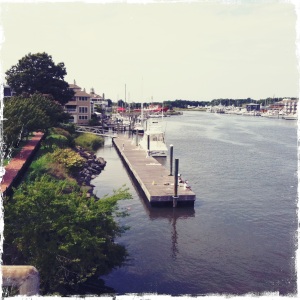 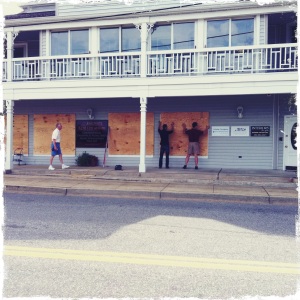 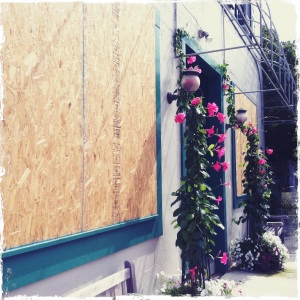 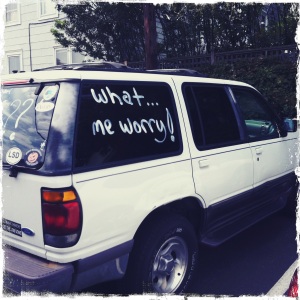 The last one kind of sums it up. I’m really trying not to worry but it’s tough when you have three little people to take care of.

We are as ready as we’ll ever be: sandbags in front of the garage, leaky doors sealed, all loose objects lashed down, lots of bottle water and non-perishable food, a generator, flashlights and of course, lots of beer.

I used to get all my C41 film developed at my local drugstore. I loved it. They charged me $3 for the developing, did EXACTLY what I wanted and they even admired some of my shots. When I got some Revolog film developed last year the photo tech thought it was one of the coolest things he’d seen.

Earlier this year that store was swallowed up by a giant national retailer and given a big, fancy-pants new store just across the street from the old location. Normally that would be pretty cool but their new location a) makes an already lousy traffic intersection into a game of chicken with cement mixers and giant pick-up trucks and b) got rid of their film developing equipment. Now, film is sent out and apparently the people who develop the pictures are either illiterate or don’t like to follow directions.

I was a little hesitant to have my film sent out, especially because I specified that I didn’t want my negatives cut. The rolls in question were from my Spinner 360 and as you know, the panoramas would be destroyed if they were cut in the usual fashion. I should’ve listened to my gut because not only were my negatives sliced, they also gave me prints of the pictures. What a disaster. I’m not sure a human being ever laid a hand on my film or my pictures. To add insult to injury, instead of only being $3 a roll it was $10! Grrrrrrr.

I wasn’t going to scan these shots at all but after simmering down, I decided it was time. A couple of the pictures were completely unmolested but the rest have ugly white lines where the negative was butchered. Lesson learned: I will only send my film to people I know and trust.

The beach featuring my head–cut down the middle

Would’ve been a lot nicer without that damn SLICE in the middle of the ocean!

Lewes Canal–I think I need to work on my Spinner technique. My finger is in the shot an awful lot.

Contorting to try to get out of the shot, maybe? But my sunglasses are awesome.

Bikes on the dock

The beach with–you guessed it–my head sliced down the middle….again

One of the greatest joys of parenting is finally getting to the moment when you can really mess with your kids. For so, long we’ve encouraged them, told them the truth about most things and treated them like the sweet little things they are but during our vacation, the parents got their revenge (I swear this story is photography related…just wait for it).

All the cousins, girls and boys ages 12 to 5, were playing very nicely together and, much to our surprise, had started playing with some baby toys, including a stuffed elephant they dubbed Elf. They goofed around, pushing him, a doll named Bertha and a dinosaur named Dino Baby in a baby carriage, rolling it down hills at break-neck speed and crashing it into fences, walls and stairs until the contents spilled out at which point they all laughed maniacally. One day Elf went missing and they accused the adults of hiding him so when he turned up the next day, we decided they needed a little mystery to solve. Uncle Harry hid Elf and posted this ransom note for the kids to find:

The look on their faces was pure surprise and delight. They immediately formed teams and went all CSI on us, asking for handwriting samples and alibis. They all swore they would continue to eat their ice cream. Finally, in an effort to try to crack us, they said they had found Elf and that he had a rip in his side. We knew we had to up the ante, so (here’s where photography comes in) I suggested we take a Polaroid of Elf and post it the next morning. Uncle Harry and I staged a kidnapping scene, complete with Elf tied to a pole, electrical tape over his mouth and a saw at his throat (yeah, it was a little macabre, but these are some crazy kids). Here’s what they found the next morning: 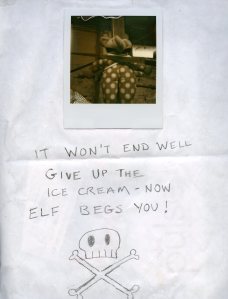 The flurry of activity and screams of delight after finding THIS note was CRAZY! They searched the house and found the room in which we staged the photo. Again, alibis were demanded and drawing samples obtained. That night they ate cookies for dessert, as the ransom note suggested, and the next morning, Elf appeared. It was crazy-fun for everyone and when Uncle Harry finally confessed they claimed they knew it all along.

I took some other less ominous Polaroids during my trip as well and tried a little experiment. I recently read on The Impossible Project’s website or Flickr page about warming up the color Push film for more vibrant colors so I decided to try it. This is the control picture in which I just let the film develop normally 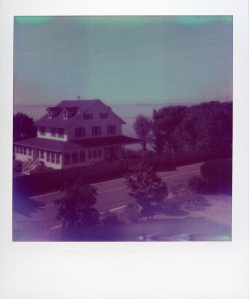 I’m not really sure which I like better. The lighter color of the first one is nice but the intensity of color and depth of shadows and light in the second shot are much truer to what I was seeing with my eyes. It’s a little over exposed but generally, not a bad picture. The experimenting with this film will continue with the acquisition of a green filter, which is said to cut down on the magenta tones.

My favorite TIP film will remain the Silver Shade. I love the sepia tones, the old-fashioned feeling and the consistency of decent, well-exposed pictures. I feel this film is much more forgiving than the Color Shade. These are my Silver Shade vacation pics: 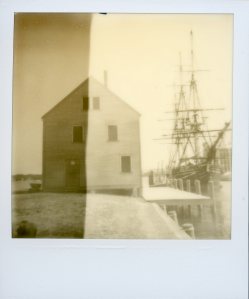 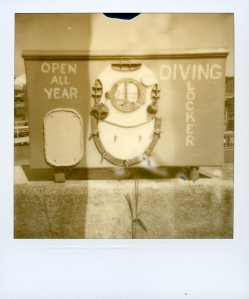